Jim Bartlett is head of the firm’s litigation section. He is an experienced trial lawyer who also offers deal negotiation services to his corporate clients, including all aspects of drafting and completion of the related contractual agreements. Jim has successfully represented numerous corporations and other business entities in complex litigation matters throughout and outside the United States for over 24 years, including nine years as a partner in a national Am Law 200 firm. Jim has represented clients in matters involving a diverse set of issues including corporate transactions litigation, civil RICO litigation, commercial litigation, securities litigation, products liability litigation, regulatory litigation, defamation litigation, class action litigation, and employment litigation, among others. Jim is an excellent communicator who provides value to his clients through early identification of the clients’ desired litigation goals and creative strategies for obtaining them.

Jim has been awarded an AV® Preeminent™ Peer Review Rating—the highest peer review rating—by Martindale-Hubbell, and is a former recipient of the Outstanding Young Lawyer of Houston Award.

Jim received his law degree from South Texas College of Law, where he served on the Law Review. He was also a member of numerous varsity moot court and mock trial teams, winning tournaments at the regional and national levels, and receiving Best Individual Oral Advocate honors at the TYLA State Moot Court Competition.

As lead trial counsel, successfully defended an online litigation funding platform in a suit brought by a nationally-recognized white collar litigation boutique asserting claims for fraud, conspiracy, declaratory judgment, and injunctive relief, and seeking millions of dollars in damages; after a bench trial spanning five months, the court entered a take-nothing judgment against plaintiff on its fraud and conspiracy claims, and also denied plaintiff’s claims for declaratory and injunctive relief.

Obtained a $4.2 million award for an investment fund in an arbitration against a California-based medical group for breach of contract, fraud, and breach of fiduciary duty relating to mismanagement of purchased receivables and misappropriation of funds.

Obtained a $2.0 million settlement for an investment fund in connection with an arbitration against a Florida-based medical group relating to alleged mismanagement of purchased receivables and misappropriation of funds.

Obtained a confidential settlement recovery for the Trustee of the Shareholders’ Trust and Creditors’ Trust of a bankrupt biometric security technology company in two lawsuits relating to alleged malfeasance by the company’s former management and securities brokers concerning self-dealing with corporate funds, bribery of foreign officials, and misleading marketing and sale of the company’s securities, among other claims.

Successfully defended the CEO of a major natural gas pipeline company in suits brought by shareholders alleging, among other things, breach of fiduciary duty in connection with negotiations relating to the company’s multibillion dollar merger.

Obtained complete relief for the subsidiary of a major natural gas pipeline company in an action brought against a major energy corporation and its subsidiary seeking a declaratory judgment that they did not have a right of first refusal to pipeline assets included in a multibillion dollar merger.

Successfully defended a major natural gas pipeline company against claims brought by a major energy corporation that it was entitled to a right of first refusal to key assets involved in the merger of the client with a subsidiary of another major energy corporation and that client was liable for alleged breach of a capital stock agreement and breach of the implied covenant of good faith and fair dealing in connection with the merger.

Obtained a $16 million settlement recovery for a major natural gas pipeline operator in a products liability action seeking damages from the manufacturer of components used in a pipeline expansion project.

Obtained a complete dismissal with prejudice for a major chemicals and plastics corporation manufacturer of all of plaintiffs’ claims alleging violations of civil RICO and numerous common law torts and seeking billions of dollars in damages. Successfully defended the dismissal on appeal to the U.S. Court of Appeals for the Fifth Circuit and the U.S. Supreme Court.

Obtained a complete dismissal with prejudice of all of plaintiff’s claims and for a major chemicals and plastics manufacturer, as defendant in a suit asserting federal and state claims of alleged unlawful discrimination, unlawful retaliation, and defamation. Successfully defended the dismissal on appeal to the U.S. Court of Appeals for the Fifth Circuit.

Obtained a settlement constituting the full amount of the outstanding fees plus attorneys’ fees for a global marketing agency in a suit to recoup several hundred thousand dollars in fees relating to the client’s creation of an advertising campaign for a major petrochemical company.

Obtained a complete dismissal with prejudice of all of plaintiffs’ claims for a major chemical and plastics manufacturers in a suit asserting nationwide class action claims relating to alleged violations of the Lanham Act, civil RICO, and common law torts. Successfully defended the dismissal on appeal to the U.S. Court of Appeals for the Fifth Circuit and the U.S. Supreme Court.

Obtained a confidential settlement recovery for a major chemical and plastics corporation in an adversary proceeding in bankruptcy court for contribution and indemnity against a manufacturer of plastic plumbing.

“Spoliation, Litigation Holds, and Other Things That Keep Lawyers Awake at Night,” presented at the 2015 Advanced Evidence and Discovery Course 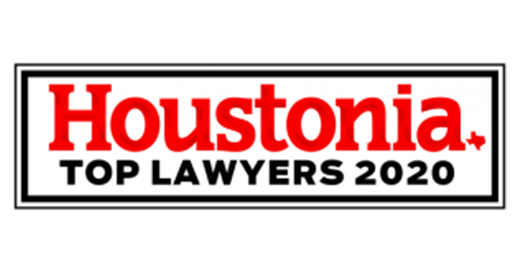